You are here: Home » Travel Tips » Best Time To Travel To Bora Bora: A Seasonal Guide

Share
Tweet
Pin
Email
More
This article may contain affiliate links where we make a small commission for purchases you make from links that you click from this article. For more details, read the disclosure page.

Few island destinations can match the sheer tropical paradise of Bora Bora. This palm-studded, sand-fringed island in the South Pacific may be small in size but it’s BIG in unrivaled beauty. But what is the best time to travel to Bora Bora?

Of course, like with most tropical island destinations, knowing the best time to travel to Bora Bora is key to ensuring you have the idyllic French Polynesian island escape you’ve always dreamed of.

Save money on your trip to Bora Bora

Bora Bora’s climate is tropical and generally warm year-round but finding the Goldilocks season that’s just right for you will depend on a few things. Things like rainfall, budget, and avoiding the crowds can often determine the best time to travel to Bora Bora for your tastes.

So, we’ll start by covering the three major travel seasons on the island and their pros and cons.

The low season in Bora Bora falls between December and March. Visiting at this time is significantly cheaper in terms of accommodation. Not only can you get more bang for your buck but you’ll be doing so without the crowds of other tourists that usually flood the island in high season. For more budget beating tips, read all about how to see Bora Bora on a budget.

In terms of weather, the temperatures are on the rise as is the humidity. If you don’t mind a little tropical shower here and there, this is a good time to visit Bora Bora on a budget. Rainfall is usually in the form of sudden tropical showers that clear up quite quickly. But the occasional tropical cyclone is a rare possibility.

The high season between May and October is the most popular time for tourists to visit Bora Bora. The weather is ideal with little rainfall and warm temperatures – perfect for hitting the beach and taking part in outdoor activities.

While you’d expect the summer months to be the best time to travel to Bora Bora in terms of weather, it is in fact the winter period that offers the best climate (remember the island is in the Southern Hemisphere, so May to October is winter).

While the weather is characterized by blue skies and warm, pleasant temperatures, the island is busy with tourists from the US and Europe enjoying their summer holidays here. Finding accommodation and flights for this time will require you to get planning early.

Shoulder season is the term used to describe the in-between periods when it’s no longer low season, but it isn’t quite high season either. In Bora Bora, April and November are considered the shoulder seasons.

During these months, you’ll get to enjoy the decreased fares and tourist numbers of low season, with the good weather of the high season. There will most likely be rain but it isn’t likely to linger for your whole stay.

While tourist numbers are still reasonably low at this time, you are still able to pick up deals and offers on accommodation.

We’ve broken things down by month to help you find that sweet spot for your island escape in Bora Bora. Like all destinations, there’s a high season and a low season, each offering their own unique experience of the island, as well as two short transitional shoulder seasons, which can be a bit variable but still offer something to experience.

If you’re on a budget and can tolerate wet and rainy weather, then January is one of the best times to travel to Bora Bora. Humid and wet it may be, but you can snag an incredible deal when traveling at this time. What’s a little rain when you’re staying at a luxury hotel with all the bells and whistles at a fraction of the cost?

January has the hottest and wettest climate of the year. Temperatures hover around 86°F (30°C) and the humidity can make things feel even hotter.

Traveling to Bora Bora in February sounds like a great way to celebrate Valentine’s Day in a romantic setting. While you might not get to have that golden sunset beach moment, you may get to snuggle with your darling in your hotel to the sound of rain.

Ok, it’s not the rainiest month, but the occasional cyclone could come along to derail your plans. Hint: get travel insurance. Most tropical storms pass Bora Bora with little more than high winds and rainfall. The high winds make poor conditions for diving and snorkeling.

The rain is subsiding at this time and you’re likely to get more fair weather in March. Humidity may still be an issue, but hotel and resort rates more than make up for it by still being pleasingly low. And with it still being low season on Bora Bora, you’ll enjoy a relatively crowd-free experience.

There are plenty of events and celebrations to enjoy as the island turns on its charm for the upcoming tourist season.

April is shoulder season, often considered one of the best times to visit Bora Bora. The temperatures are moderate, rainfall is low, and the island is blissfully free of the throngs of high season. The humidity drops dramatically towards the end of the month too.

In addition, many hotels run great offers at this time to entice travelers to visit before the high season.

Want to save money?

Bora Bora on a Budget

May is the beginning of the high season when tourist numbers are on the increase. The climate in Bora Bora is noticeably drier and temperatures are still blissfully warm in the mid-80s Fahrenheit.

Hotel and resort prices begin their climb in relation to the increased visitor demand.

This is without a doubt the best time to travel to Bora Bora for excellent weather. Along with great weather, there are a number of great events and festivities to enjoy, but the island does start to fill up with tourists.

If it’s your ideal to travel at this time, we advise booking well in advance to avoid disappointment.

Water sports enthusiasts will want to visit Bora Bora in June. Snorkeling and diving are great at this time, with sunbathing equally so for those who prefer basking on the beaches.

July in Bora Bora is still warm, but the trade winds make an appearance to cool things down a bit more. Evenings and early morning can be a little on the cool side. The winds have the downside of making conditions unfavorable for snorkeling and diving.

Because this is the peak season, you can expect a number of events, festivities, and celebrations to check out for a full cultural experience of Bora Bora. Hikers won’t want to miss out on the Raid Anei Bora Bora hiking event that takes place towards the end of the month.

Have you booked a flight yet? Be sure to read this post before you do!

The trade winds peak in August, making this period less than ideal for boat trips. But overall the weather is still great for being outdoors – warm and sunny and mild.

As most schools in the US and Europe begin their new academic year, September sees a reduction in tourist numbers. As a result, hotels begin to offer great deals to beat this seasonality, so it’s one of the best times to travel to Bora Bora to get a good deal.

The weather is still really great with the trade winds offering gentle, cooling breezes. This is the best time to visit Bora Bora to see the whale migration, particularly mothers and their calves.

Read next: How to Travel Bora Bora on a Budget – get tips to plan your trip while saving money!

The temperatures start their climb again from October and the humidity begins to make a reappearance. There’s a greater chance for rain this month too as the wet season draws closer.

Summer is beginning to set in, bringing with it higher temperatures, humidity, and rain. That said, it’s a good time to visit Bora Bora to save on accommodation and enjoy a less crowded experience of the island if you don’t mind the occasional shower.

Despite being the beginning of the low season, December is still quite a busy time in Bora Bora. The weather in Bora Bora at this time can be humid and rainy but this doesn’t deter visitors who are escaping snowier climates over the Christmas break.

Rainy days are more than made up for by a number of public events and festivities, like traditional canoe races, parades, and fairs. If you want to enjoy a distinctly French Polynesian celebration with dancing and music and delicious food – now’s your chance.

When is the cheapest time to visit Bora Bora?

If you're on a budget, travel to Bora Bora during the rainy season, which is December through April. You'll get amazing deals – as long as you avoid the Christmas and New Year holiday seasons!

When is the best time to dive or snorkel in Bora Bora?

June, July, and August – due to the lack of rainy days.

Which season is the busiest in Bora Bora?

Without a doubt, June through August is the busiest time to visit. Many countries' summer vacations occur during these months, so families are taking advantage of the great weather to visit French Polynesia.

When is the best time to see whales in Bora Bora?

September! The weather is cooling off, and mothers are migrating with their calves.

When Is The Best Time To Go To Iceland?295 Total Shares 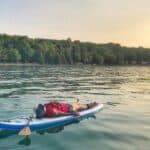