Share12
Tweet149
Pin391
Email
More
552 Shares
This article may contain affiliate links where we make a small commission for purchases you make from links that you click from this article. For more details, read the disclosure page.

Honestly I don't know if it gets any better than the house reef at the Conrad Maldives.  Having been to several resorts over the years, the local reef off the beach is always, for lack of better word, “shitty”.  There is minimal coral and if there are any, it's been trampled over so many times that it becomes a barren wasteland.  No coral = no fish.

The Conrad Maldives is completely the opposite.  The house reef is teeming with life and the size of the reef itself is massive.  Being out there felt like we were dropped in the middle of the ocean for a snorkelling excursion.  It was so good we ended up doing the house reef three times during our 10 day stay!

How to get to the house reef

I did my research before heading down to the Conrad and I knew approximately where it was.  I knew it was on the beach villa side where we first stayed.  I thought we could just head out into the water from our villa but we soon discovered that the water is pretty shallow so you can't really snorkel above the coral.  We tried to navigate around to see if we could get in deeper but eventually you get stuck or trapped.

After a bit of exploration, we eventually found the “channel” that everyone was talking about.  It was a lot further north of our position but once we saw it, we understood that this was the proper way to explore the house reef.

The channel is the only way to get from the beach side to where the reef drops off.

Check out the two images below.  This'll give you a very good idea of where it is.

For our three snorkelling sessions at the house reef, we tried morning, early afternoon and around sunset and in all those times, I didn't notice too big of a difference so personally I don't think you really need to schedule anytime that you *have* to go.

That being said, we talked to a few other guests and some swore by the early morning and that makes sense since fish don't like to be out when it's blazing hot.  Problem for us was always that we could never get up early enough to hit the water before breakfast.

We did notice that at around sunset, the water did get a bit more rough with the wind blowing and the tide rising so do keep that in mind.

What should you expect to see

I didn't take the greatest photos down there but this gives you an idea of what it's like in the house reef.  As you snorkel down the channel there are tons to see to the left and to the right.  Not too much colorful coral per say but a lot of interesting mushroom, fan and spikey-type of coral.

Fish wise, I think we were most excited to see some really big puffer fish and giant tuna in the distance.

Big fish to look out for

Here are a list of some of the bigger things that other guests were telling they saw so make sure you keep your eyes open!

Of course it's all depending on your luck.  Unfortunately we didn't see anything crazy out there but there are some that did!

The satellite map below shows you where you can snorkel around.  Take the channel down to the end where there's a cliff drop off and go either to the left or the right.  Your chances of seeing bigger fish are higher here because of the open water whereas the channel area is much more shallow.

Renting a snorkel mask, snorkel and fins is a piece of cake at the dive center.  We basically went over there the first day we got there and signed out the gear.  We were able to keep the snorkel gear with us until our very last day when we returned it.

We had a blast snorkelling around Conrad Maldives' house reef.  It's incredible how much you can explore just steps away from the resort.  The house reef was one of the many incredible features of the resort that we absolutely loved.

Want to know everything there is to know about the Conrad Maldives?  Check out the extensive and detailed posts I've written up on almost every single aspect of the resort. 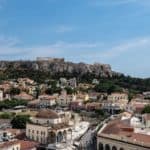 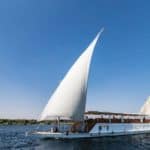 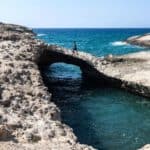 Milos 3 Day Itinerary – What to do, where to eat, and place to stay469 Total Shares

Yurts in Ontario – From Basic to Glamping464 Total Shares