I was barely in Phuket for more than 2 days and I was out again.   I had some time in the morning to squeeze one last thing over before my time in Thailand were numbered – Thai massage at Sweet Lemongrass Spa.

I spent the morning taking my time with breakfast and afterwards I picked up a tuk tuk to get out to the Patong area.  The ridiculous thing was that the tuk tuk was 200 one way.  Round trip this was going to cost more than the price of the actual Thai massage itself (250 baht).  I’m sure it is totally just the TripAdvisor effect but these guys are ranked #1 for all activities in Phuket so I had to try it out.

The massage I could tell was very good as the large Thai lady I got was skilled and gentle at the same time.  Still, half the time I felt like I was being tortured, being twisted in strange ways and cracking bones I didn’t know I had.  I think Thai massages are the kind of thing that are uncomfortable and unsoothing during but you feel relaxed after.  This Thai massage was certainly better than the one we had in Bangkok.

After the massage I was sitting inside the massage shop waiting for my tuk tuk when I notice a few ladyboys having breakfast at a shop across the street.  I don’t know what the heck was going on but there was a full on flashing while he/she was standing up.  I have no idea if it was directed at me or not but it was very disturbing.  “She look-a-like-a-man”.   *shudder.  I tried not to look in that direction again.

Once back at the hotel I finished up my packing and caught me 1PM cab to the airport.  Once at the airport I had quite a good amount of time to kill so I bought a few souvenirs and hunted for some lunch.  I was flying AirAsia so I knew I had to eat something before because there wouldn’t be free meal service on the plane.  Again I had some strange encounters.  I wanted to buy some teriyaki chicken on rice at this place but I swear the whole place was run by ladyboys or gay guys so the whole experience was a bit awkward with long glances and when they handed me my change and receipt they’d have that lingering grasp as if they wanted to touch my hand.  It’s that kind of day. 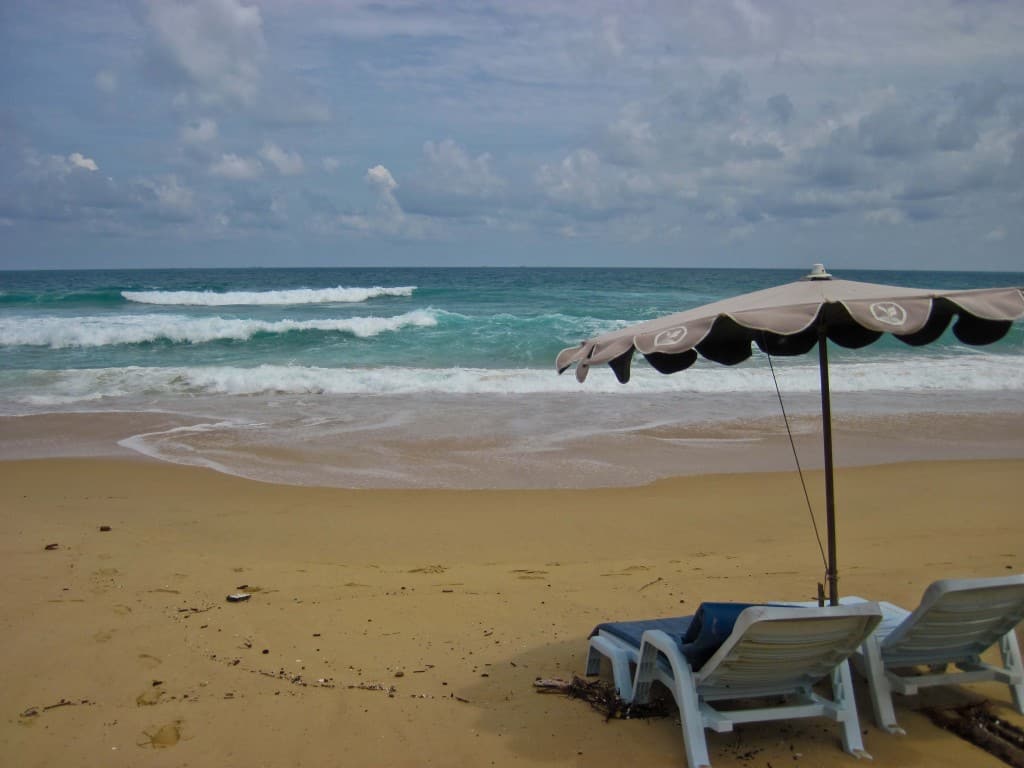 The flight to Hong Kong was pretty smooth with AirAsia.  It wasn’t full at all so a bunch of people moved around.  I was sitting aisle and there was a guy at the window so I just stayed put and did some blogging to past the time.

Once I arrived at HKG things were all too familiar with the exception of Chantelle picking me up.  I was pretty hungry so Chantelle told me I could grab some food at the Maxim (they did takeout as well).  I did that and filled up my Octopus card at the 7-Eleven.   Getting to TST seemed to be a pain late at night and the options seemed to be either:

Chantelle helped me with these options and in the end I wanted to save some money so I ended up taking the A21 bus.  This bus was pretty easy to find.  You walk along the walkway towards Airport Express but before you go up to the platform you make a right downwards to all the busses.  The A21 is on the right side aisle and lucky for me there was a bus just about to depart when I made it there.  You leave your luggage at the bottom on this bus but since there weren’t any seats down there I ended up sitting up at the top and in the front.  I was a bit worried about someone stealing my bag but I figured nobody would want to steal a backpackers backpack with a bunch of flags stitched on it.   The bus is supposed to be equipped with wifi too but it wasn’t operational on my bus.  It took a good 45 minutes and during that time I was able to sneak in the eating of my take-out dinner (even though it says no food…oh well).

I didn’t know exactly where to get off the bus but I made a best guess and ended up on Mody St. where my hotel was and eventually made it there after some wandering and map reading.

The reason why I was staying at the Regal Kowloon for this leg was because I wanted to conserve a bit of my Hilton points.  The Conrad would have cost 50,000 a night which is more than how much I paid for Bali and Ko Samui (35,000).  Plus I had stayed there already so I tested my luck with Priceline and got the Regal Kowloon Hotel for $100 (which I regretted afterwards).  The hotel itself was pretty nice and because thy were doing a bunch of renovations on the lower floors I was upgraded to the executive levels (the upgrade gods are with me once again).

Want to know what happens next?  Head over to Day 30 – Hong Kong – Old Friends and New!