So first off I don’t think I took any photos on this day (whoa I know right) so you’ll just have to be content with a blank page with some words.

A side goal of this trip has been to be Open Water Diver certified and after completing my eLearning portion at home the confined pool dive was my next step.

A few weeks prior I had made arrangements with CSI Samui (rated #1 diving wise in Things to Do) to do the confined pool dive only and prepaid and everything through Paypal.  I’m glad I did because I didn’t have to scramble at all once I got here and I knew he was going to be top notch.

I had a 7AM pick up so the night before I had prearranged for them to make me a breakfast bag.  I didn’t want to fill up but the bag was filled with everything from fruits to pastries, omelet and juice.

A little after 7AM, Paul Cook picked me and this other American couple up to head up to Bophut.  One of the first things Paul said was how damn as far as we could possibly be from Bophut.  After dropping the couple off since they were doing a dive trip, it was just Paul and I.  He wanted to grab some breakfast so we drove to some local market and bought some fried chicken and rice (quite the breakfast huh), made a quick pitstop at his house to pick up the equipment and then finally the pool which was actually in a tiny resort.  The resort belonged to another Brit ex-pat and nobody was staying at the resort so we had it all to ourselves.

We first started with a bit of paper work and a mini quiz which I thankfully passed.   The fried chicken was so dry that it wasn’t even worth eating.  Paul said it was on its way to being cremated lol.  The confined pool session with Paul was pretty great.  I had the jitters going in but after doing 200m of any-style swimming and 10 minutes of treading water, I was more tired than anything.  The biggest thing that worried me was that I was still kind of sick going into this and they always tell you not to do any type of diving in these situations but I figured being in the pool was fine from an pressure equalization point of view.  Anyways the rest was pretty smooth sailing.  Paul was extremely patient and very thorough in his explanations.  He made a point to explain exactly what we were doing before going into the water and also why which was very useful.  I think the scariest moment was probably the flooding of the mask exercise and clearing out the water afterwards.  The first time I did it I totally panicked because I couldn’t do it in one try and I got confused with where to breathe from – nose or mouth, and had to escape to the surface.

After the session was over, Paul was kind enough to let me pick up some cheap local lunch eats.  On the way back Paul pretty much told me his life story.  Really nice chap who really has no desire to go back to the UK, is now married to a Thai lady whom he pursued while she was working at a local bar and has a kid now too.  Towards the end I talked about going to Bophut again for the Friday market and he said that since he had to go back to Bophut again to pick up the American couple and then drive back to the Conrad (oh god) that he would be able to pick Jia and I up since he had to go back to home in Bophut anyways.  Awesome.  I decided to take on his offer.

Back @ the Conrad suite, I found Jia just chilling on the chair by the pool reading.  We ate the lunch I picked up and started to get ready for a night out in Bophut and eventually Chaweng.

The Bophut night market was pretty neat with a bunch of local food stalls and the usual collection of random nick-knacks and souvenirs.  The atmosphere was great though with a huge local and tourist crowd pull.  We ate dinner at one of the restaurants by the beach. 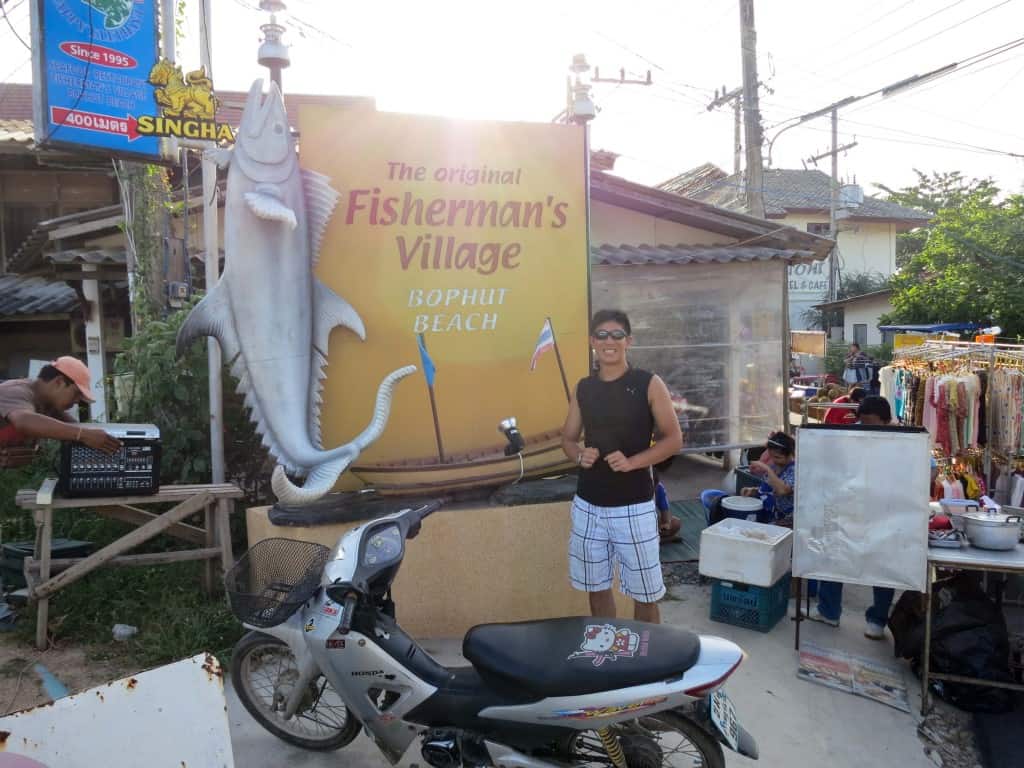 After Bophut we took a truck transport over to Chaweng and walked around there for a bit but I felt that even though this was where all the “action” was at there wasn’t much to write home about.  Lots of go-go/ladyboy type bars, souvenir shops and restaurants that lined the main street but after awhile it was all the same.   There wasn’t even any nice beach access gates to speak of so  I wasn’t even sure how to get there. 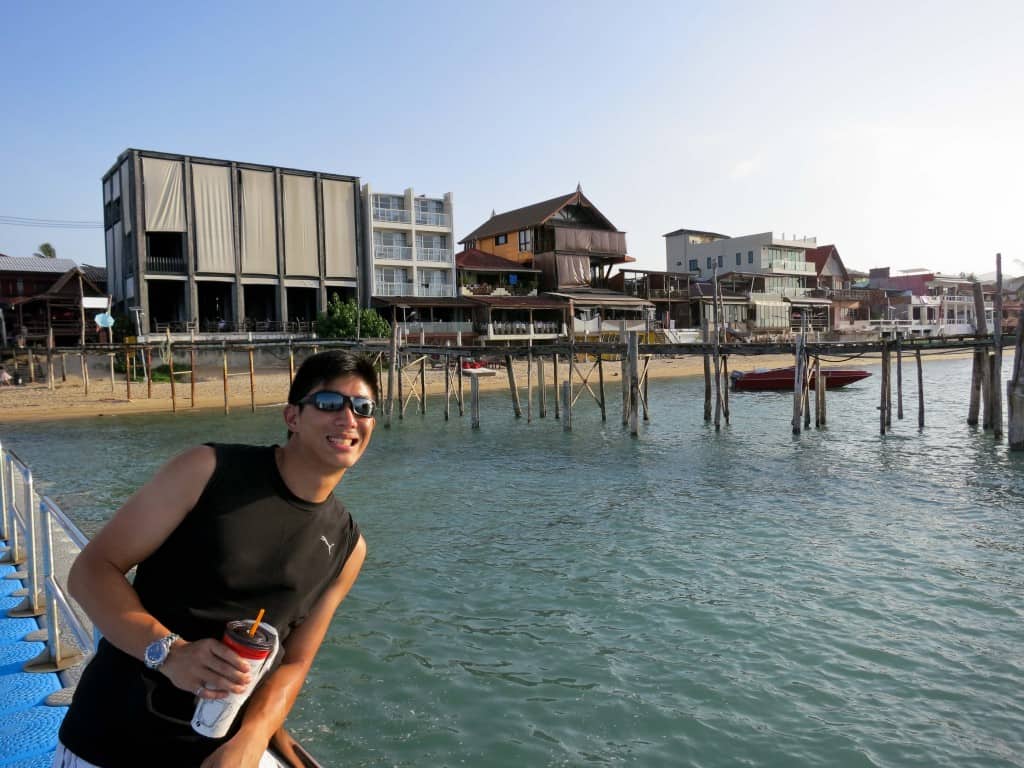 The excitement of the night didn’t really start until we had to figure out how the heck we were going to get home.  Paul from CSI, whom Jia will call Bruce Willis from now on, told us that the best combination would be to take one of those transport trucks out to Lamai near the Aquarium (which we had never heard of or had a map for it) and then catch a cab from there to the Conrad.   So we were able to hop on one of these transport trucks and we said “aquarium” but he must’ve heard us wrong because he tried to stop at the “Le Meridien”.  We said no but he just couldn’t understand the word “aquarium”.  At this point we even had our doubts that the aquarium existed.  Whatever.  We just told him to go further south in Lamai until he randomly veered off the ring road which might’ve been a hint for us to get off ASAP.  So here we are in the middle of Lamai somewhere with no map and very few cabs passing us by.  I convince Jia that we just have to keep the faith and walk south a bit more until we see a cab and find a cab sitting somewhere.  It was looking pretty hopeless for awhile because the area seemed to become more and more remote.  However thank god for the Tesco because there were two cabs just sitting there.  We ran over to catch one and that was that.

To read about the next day as we go on a VIP cruising tour of the Angthong National Marine Park, head over to Day 26 – Koh Samui – Cruising Angthong In Style.