You are here: Home » Iceland » The WOW Air Experience

I honestly didn’t know what to expect when I clicked on “Book” on the WOW Air website.  There are no pretences that they’re as good as their national carrier but I quickly learned that they’re okay with that and they sure have fun with it.

We jumped on WOW Air simply because they beat Icelandair when it came to price for the specific dates we were looking for and for the stopovers options in Europe that we liked.  It wasn’t even close.  Icelandair was $1250 per person while WOW Air was only $885 CAD and that’s including all that baggage nonsense.

When picking our stopover location, there were several options on the board.  The cheapest options were always the Scandinavian cities like Stockholm but wanting to be somewhere warmer after Iceland, Alicante was a city that was available and not significantly more expensive than the cheapest option.

There’s a lot that separates these two Icelandic airlines but the main thing is the fact that WOW Air at the end of the day is a discount airline and as such, that means that it’ll be no frills and check-in bags will cost a lot.

Whether it’s a larger carry-on or any sort of check-in bag, they will try to charge you at every turn.  They also charge per leg of the flight and not all legs are equal.  For a standard check-in, it’s $63.99 CAD (online price) from Canada to Iceland and then onwards to Alicante.  If you have a Iceland to Stockholm flight, it’d be $51.99 CAD (online price).

Carry-ons get complicated too because if you want to bring a larger one (56 x 45 x 25 cm) instead of the free carry-on size (42 x 32 x 25 cm), you’re looking at another $51.99 CAD.  Like any low-cost carrier, the expectation is that they will weigh your bags when you check-in.  For my trip, my carry-on bag was checked on all legs so don’t expect any leniency here.  I suggest that you bring your own little portable scale if you’re going to be close to the limits.

This just means that you have to be smart about how you pack and pack light at that.  Ultimately, we decided that checking in one carry-on would be the way to go since the price difference between a larger carry-on and check-in bag was relatively small.

Aircraft, service, and everything else wise, I was happy with the flight itself.  All the planes we were on were all newly retrofitted.  In regular economy, the leg space is about on par with every other airline these days though we somehow lucked out on XL seats (largest legroom) on our way to Iceland.

The other thing you should know is that everything on flight is an added cost.  Don’t expect any water service, any sort of snacks, or entertainment system on this flight.  We expected as much and brought our own water and food.  Everything they offer onboard is for desperate measures.  I repeat, water is not free.

Even after that though and accounting for the baggage cost and being forced to share a check-in bag, the cost savings were just too big to ignore.  Sure, it wasn’t a first class experience but for the price we paid, I’d definitely fly them again.

WOW Air is a well-rounded low cost carrier that does it’s job well which is to get you from A to B with no issue.  You’re not going to cringe in certain moments like you would with Ryanair but you’re not going to be blown away either.

The bottom line is that WOW Air is a no frills airline that gets the job done and they do it with a lot of great puns.

If you haven’t yet, make sure you read the full 8 day itinerary of our epic road trip on Iceland!

Learn all of my secrets 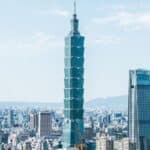 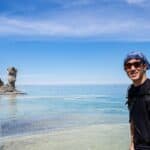 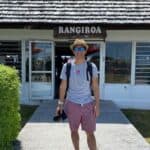 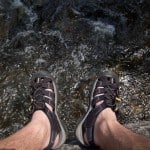 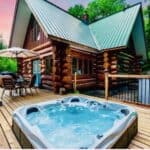 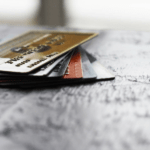 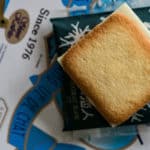